Skip to content
Instagram is always a great place to meet people with similar interests. I’ve enjoyed following Gemma Askham’s story on the platform (find her here), and her travels for work and for life. Gemma has been a journalist since 2006 and freelance from 2014 onwards, dividing her time between London, Sydney and now Barcelona.  Interestingly enough, Gemma came to the city on a three-day trip in April 2017, bought an apartment after two days and has been living here permanently since the end of June 2017. 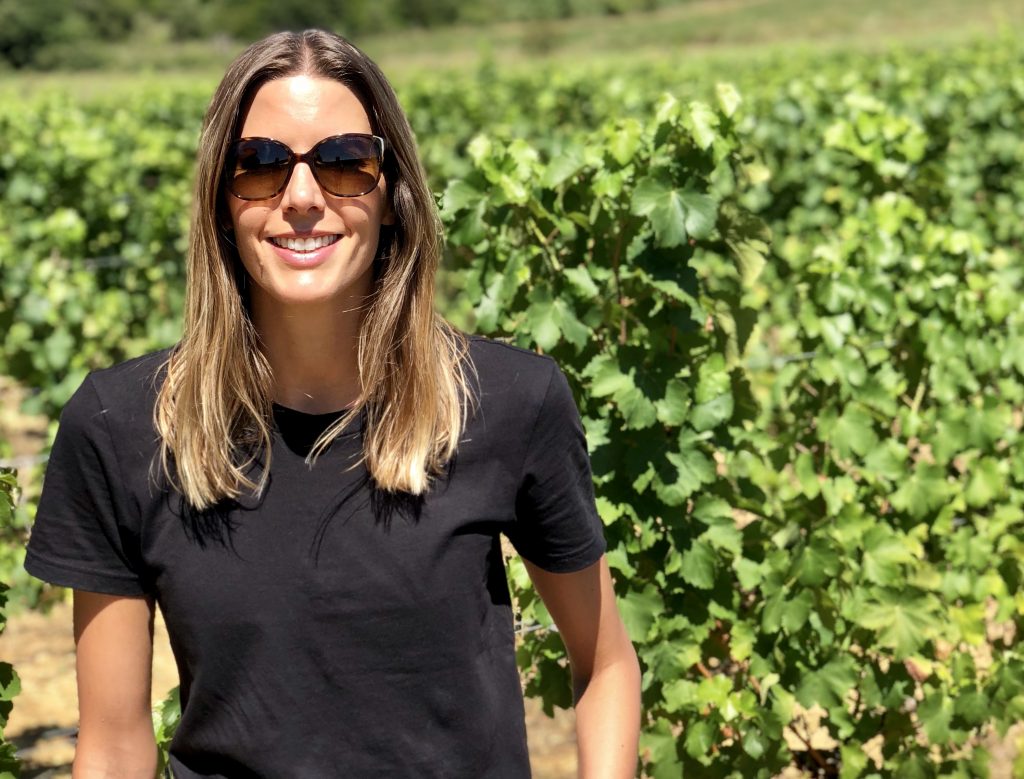 Gemma is a freelance travel and lifestyle journalist. Recently she co-wrote Condé Nast Traveler’s City Guide to Barcelona (link >>>>> here), and compiles a monthly “what’s on” guide for the title. She has written editorial for GLAMOUR, British Airways High Life, The Guardian, GQ, ELLE, Cosmopolitan among many other titles, plus written commercial content for L’Oréal, Clinique, Raffles Hotels, Kleenex, Heinz, New Look and many, many others. More details are on her website. Without further ado, here are my 9 questions with Gemma: 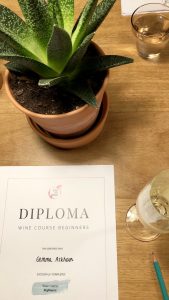 How did you decide to pursue a career in journalism and what was your first job?As a teen, I had a rehab-scale magazine addiction. I don’t think it’s a coincidence that my village newsagent closed down when I moved away to uni, such was my appetite for print (well, and chocolate). But it was only after completing a Masters in English Literature and not knowing what the hell to do with my life that I connected journalism as a career. A post-grad in magazine journalism later, and I was desperate for an ‘in’ at a glossy women’s fashion title, such as Vogue. Where my first job <actually> took me was down a quarry – test-driving 4x4s for a car magazine called Total Off-Road. The only fashion my editor appreciated was a tracksuit.

You’ve spent extended time living/working/traveling in Australia and now Spain. What is your favourite thing about each country? Least favourite? That’s right – I lived in Sydney for 18 months between 2014 and 2016, and moved to Barcelona in summer 2017. Compared to London (my previous home), Australia and Spain offer a similar set of assets: amazing weather, fruit and veg that actually tastes of something, and an outdoor lifestyle that prioritises enjoying life above working yourself to the bone. Australia’s downside is its distance from Europe; I couldn’t shake the guilt of having family a 24-hour flight away. The main thing I moan about in Barcelona is the poor tap water. It’s hard not to rely on bottled stuff and, even with the recycling bin feeling like my second home, that plastic use kills me.

What has been your most memorable working experience, recent or past? Two weeks into my job at Total Off-Road, my editor announced, ‘Right Gemma, I need you to attend an event for us.’ As I braced myself for a riveting visit to a brake-piston factory (or similar), he added, ‘It’s in Thailand.’ I was flown first class to Bangkok to drive a brand new pick-up truck off-road, on racetracks and on a motorway in a monsoon – the latter memorable mainly for the F-words used. 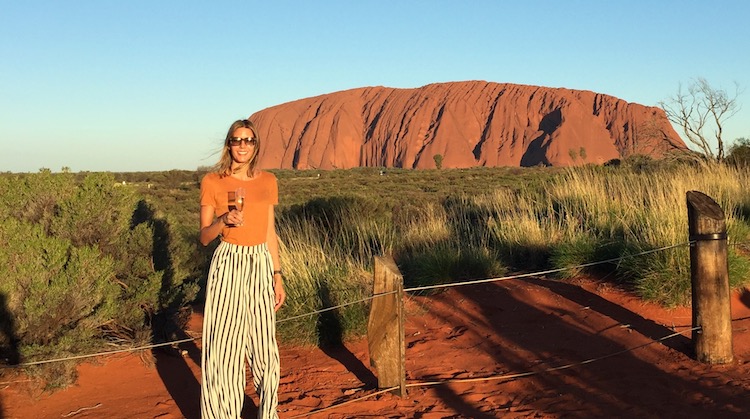 What’s your favourite wine – red, white or rose and why? Huge, full-bodied reds: the type best opened beside a log fire, next to a shelf of old leather books, wearing slippers and, if I smoked a pipe, I’d throw one of those in, too. I love red wines that almost feel like a meal, make you drunk after one glass, and have you plotting to move to Australia after a bottle (true story: that happened. OK, tequila may have also played a role).

If you could share a bottle of wine with anyone famous (dead or alive) who would it be and why? English actress (and legend) Joanna Lumley. I’d ply her with wine and just listen while she regaled epic travel stories in that beautifully velvety voice of hers. 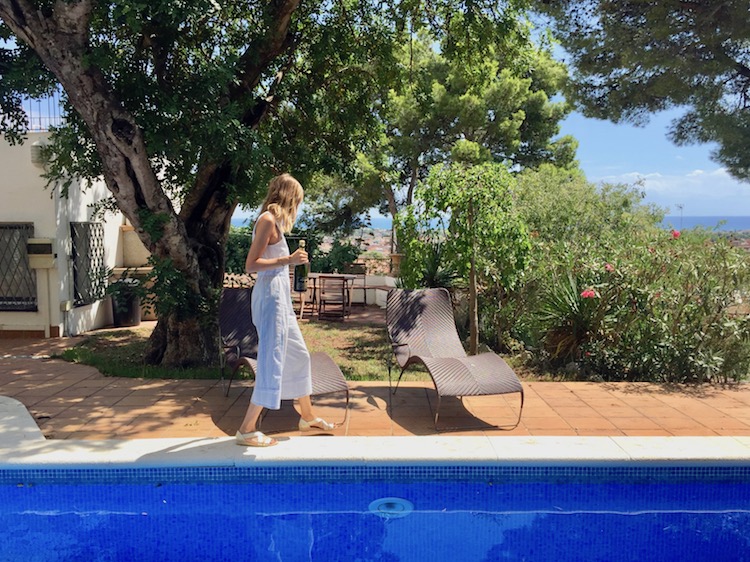 What has been your most memorable Catalan wine you have tasted so far? Vermut. I had no idea what vermut (AKA vermouth) was before moving to Spain. I knew the name, but thought it was one of those weird cocktail spirits like Chambord or Triple Sec that you buy on a whim, use once, and then discover four years later when you’ve run out of anything else alcoholic apart from swigging some perfume. Instead, it’s the most fantastic sweet (but not too sweet) and herby aperitif, homemade in a handful of cute bodegas in Gràcia (as well as the Catalan city of Reus), dangerously drinkable, and a great alternative to a beer if that isn’t your bag. 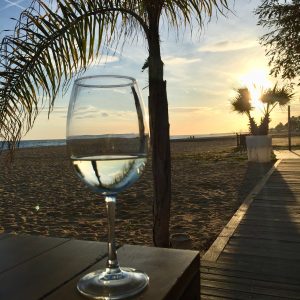 You’re currently doing both editorial content and also commercial content. How do you balance the difference in writing styles; any advice for “newbies”? I think ‘content’ is the key word here. Media is constantly evolving, and what we traditionally think of as an article or an advert is dying out – a one-page picture of a handbag in a magazine doesn’t have the clout it once did, and pages and pages of editorial text isn’t right for today’s short attention spans. Content is the new buzzword, which often means a hybrid between editorial and commercial. The way in which we tell stories is expanding, too, into podcasts, vlogs, live panel events, plus creating professionally curated Instagram stories and feeds. ‘Newbies’ need to be adaptable.

Where is the wine place in the world you love to go for wine, that you have not experienced yet? Western Australia. Now I’m a 1000-euro flight away, I’m kicking myself for not making it to spectacular wine areas like Margaret River when I actually lived in Australia (though, a caveat – Oz is <huge>. That’s my excuse). I’ve been lucky enough to tick New Zealand, Chile and Argentina off the list already – though one trip obviously isn’t enough to drink your way through a country.

Where is your favourite place to enjoy a glass of wine? At 35,000ft. I’m scared of flying and there is nothing like a glass of wine to get you through a spell of turbulence or having to endure the middle seat.

All photos included were taken by Gemma. You can see more of her work on her Instagram profile.