After years in the North American wine scene, there is a susceptibility to succumb to preconceived notions about individuals who reach a certain status in the wine business. Imagine a vineyard in North America which produces one million or more bottles of wine a year. What do you expect the image of the owner of the vineyard to be? In my experience, typically you see a fancy house, fancy cars, the trappings of success, and an army of staff creating a labrinyth of layers for the winery. 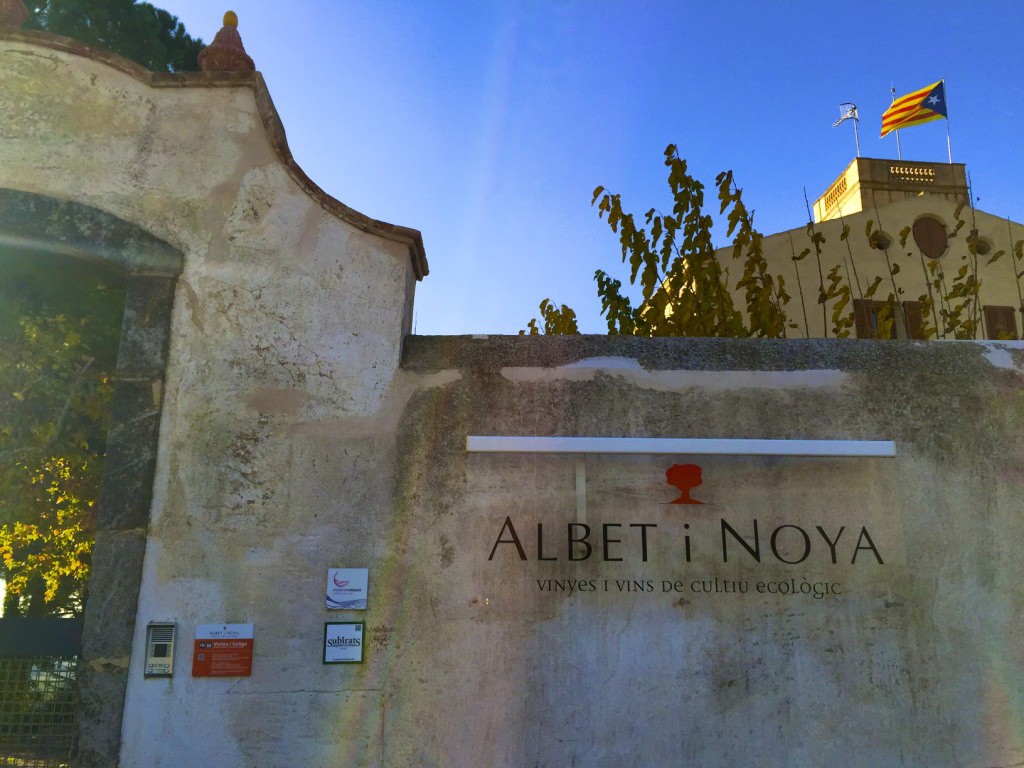 Rarely did I have the opportunity to meet the number one at a larger scale vineyard during my time in North America. Those previously mentioned layers do their job in preventing such happenings. So here I was, on my way to visit Josep Maria Albet i Noya, owner and winemaker at the eponymously named vineyard, Albet i Noya.

We met Josep Maria at the launch of Classic Penedes in Barcelona a few weeks back. After a great conversation, and a mutual agreement to an interview, Josep Maria booked it in, and confirmed via email a few days later. No publicist, no marketing manager, no director of communications emails, just directly from Josep Maria himself.

So what’s the big deal? Josep Maria’s vineyard is not only is one of the larger producers of wine and cava in Penedes, but he’s also the president of DO Penedes. Josep Maria rubs shoulders with the who’s who in wine all over the world, and is one of the visionaries behind many of the initiatives of DO Penedes. Penedes is the most widely visible, visited, and marketed regions of Catalunya, where several hundered thousand visitors a year spend time at its vineyards. Penedes is also the home of some massive global brands, including cava makers Freixenet and Codorniu. 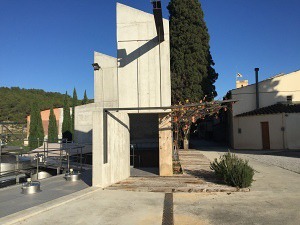 Upon our arrival, I was expecting something completely different than what was in front of us. I was expecting a sprawling campus, oodles of buildings, and a juggernautical physical presence to the vineyard to match the reputation.

Albet i Noya has several buildings in the winery facility. Its most pronounced feature is the modernist style home built in the late 19th century, situated next to a remodeled warehouse where part of the fermentation vats are nested.

Sitting adjacent is a three story building whose top floor is at the same elevation as the others, but has two floors below perched on the side of a hill, falling away to one of their many plots. It houses floors comprising the barrel room (bottom floor) bottling/packaging facilites (top floor), and product inventory (middle floor) Beyond this building is another section of open air steel and concrete vats at the bow of the compound, overlooking the valleys of Penedes.

Albet i Noya has done an incredible job of creating a campus which doesn’t stick out like a sore thumb. It utilizes the land appropriately, minimizing the footprint and leaving ample space for growing their grapes.

It’s also a reflection of Josep Maria’s philosophy. After his grandmother told him to kill the family sheep — which was more of a pet — for the family dinner table, he rebelled and became a vegetarian. Not only did he become vegetarian, but he became interested in natural and organic products, decisions which anchor his life and business philosophy. These philosophical convictions led to him becoming the first organic winemaker in the region, something that wasn’t even a consideration at the time. 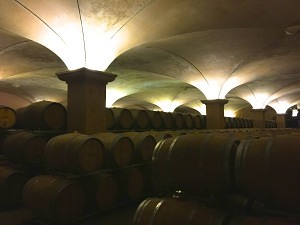 Many winemakers will privately express their opinions when it comes to the independence issue between Catalunya and Spain, but Josep Maria is an unabashed Catalan nationalist and even sported the Catalan flag on his shirt during our interview. He drew a parallel between the recent decision to market Penedes cava under a new brand, “Classic Penedes” and break away from the DO Cava appellation which has a different vision for the category, and the current push for independence by the Catalan government, and a large majority of the population.

Unlike its distant French cousin, champagne, DO Cava allows production in a variety of regions in Spain, outside of Catalunya, while the vast majority of cava is produced in Penedes. If you draw the comparison between Champagne and Penedes as regions, it makes sense for DO Penedes to create the new product category of “Classic Penedes.” 15 of the wineries in the region have signed up for the programme, agreeing to abide by the process outlined for Classic Penedes, which unsurprisingly has the requirement of the members to produce theirs by organic means and standards.

Josep Maria felt DO Cava was acting in the same manner as the Spanish government is acting towards Catalunya. For years DO Penedes attempted to work inside the framework of DO Cava to change the rules and requirements for cava production. Considering Penedes produces the vast majority of cava inside Spain, you would think their opinion holds weight.

Instead after many attempts, DO Penedes felt it was better to start from zero, and leave DO Cava. Josep Maria says the same about the Spanish government. Catalunya has negotiated for many years with Madrid, but instead of a positive outcome to these negotiations, he feels there has been zero movement in Madrid, and with the Popular Party in power, there’s been actually backwards movement. Josep Maria says that ultimately these decisions aren’t in the best interest of the people, but more for the self-serving politicians. While he didn’t say this directly about DO Cava, it isn’t a stretch to say there’s an implication with the appellation as well.

This philosophy lines up with how he makes his wine and runs Albet i Noya, with his hands in the business, directly and daily, but also with a collaborative approach with all of the staff. Josep Maria greets, stops, and talks with everyone at the facility and there’s ease in the interactions between him and those he employs.

This also reflects in what he feels is the future of the wine business. He’s reintroduced several varieties that haven’t been present in Catalunya, including Belat. He’s also a proponent of allowing grapes to evolve, rather than using the same static vines. Josep Maria bemoans that the vines in circulation today are the same exact vines as 500 years ago, rather than letting them adapt and evolve, just as the world has adapted an evolved. He worries that many of the indigenous vines in the region won’t survive climate change unless we allow them to adapt. 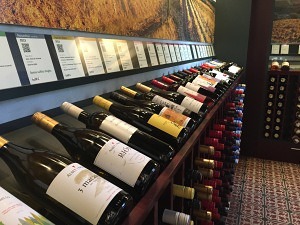 Josep Maria also walks the walk in his daily life. As a simple example of this (beyond his vegetarian ways), he lives on one of the floors of the modernist building which houses the main office, sales office, and the tasting room on the main floor, rather than building a separate home on the grounds or elsewhere off the grounds.

Yes, Albet i Noya has an incredible experience for visitors, fabulously rated wines (including high ratings from Penin, Parker, and the Catalan Wine Guide), which we sampled straight from the barrel, and one of my favourite sweet wines of all-time. However, this isn’t the most remarkable element of the operation.

Many of us can learn a thing or one hundred from men like Josep Maria. In my short time with him, I was certainly enlightened, educated and inspired. Maybe you’ll find the same inspiration when you visit Albet i Noya.

Tim Brown (aka Timmer on social media) has been involved in marketing for over 20 years and a wine enthusiast since his first exposure to Duck Pond Winery in Newberg, Oregon, back in 1995. After coming to Europe in 2012, he made his home in Catalunya in 2013 and became enchanted with the wines and winemakers of the region. Now he shares his experiences so international visitors can enjoy the region’s wines, while continuing his work in the marketing world. Sommeliering and wine snobbery isn´t his thing, and he continues to learn more about wine from a Catalan perspective on a daily basis.