Cooperativa Garriguella has made significant steps in the past four years under the leadership of Guillem Peralba, going from a more traditional bodegas, to a cooperativa producing fantastic wines under its own label from the Gerisena line, Dinarells, Puntils, and now the latest project, Tramuntanart. 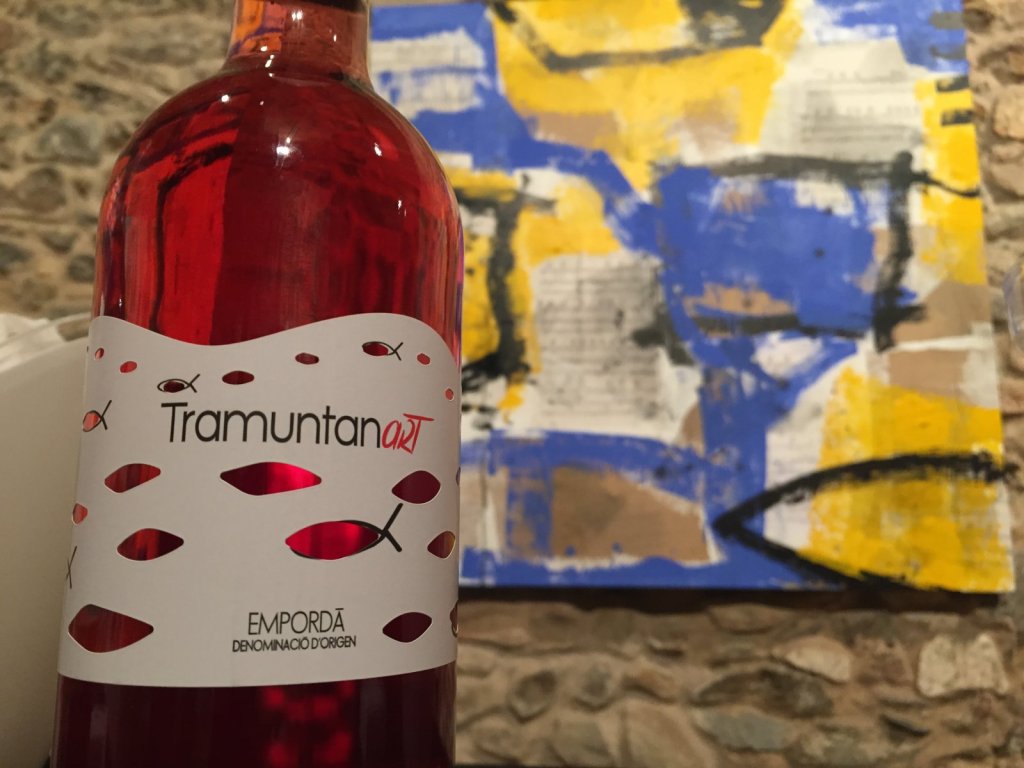 Tramuntanart takes its name from the famous and also infamous Tramuntana winds which come through the region via the Pyrenees. People who live in the region aren’t the biggest fans of this ferocious winds which come from time to time, but winemakers adore them as it keeps out vermin, fungus and other unsavoury elements which can impact the quality of wines.

Cooperativa Garriguella has created an homage to the winds with a white, red and rosat. The red blends Cabernet Sauvignon, Merlot and Garnatxa, the white blends the traditional Garnatxa blanc and Muscat, while the rosat incorporates Garnatxa negre and Syrah. All three are dynamite wines, which Michael and I had the pleasure of trying at a special introduction of the wines in Llança, at the gallery of internationally-known artist, Carles Bros.

Carles is known for having created the world’s larges mural, located in the harbour of Llança, and also critically acclaimed for his installations at numerous galleries of international significance, plus his artwork incorporating mixed media elements.

Cooperativa Garriguella onologist Nathalie, a native of Llança, originally approached Carles with the idea of creating labels for the new line of wines, an idea Carles immediately embraced. The labels feature Carles’ noted style of fish, which pays homage to one of the original industries of the region, while its layout on the label gives respect to the Tramuntana winds for which it is named. One remarkable aspect of the label itself is the “cut out” nature of the fish, giving a little more depth plus a unique style to an innovative brand by the cooperativa.

The event itself featured live music, comments from Guillem, sommelier Fina, and the artist himself, Carles Bros. The wines received an overwhelming positive endorsement from the crowd in attendance which was paired with traditional local cheeses, meats and pan con tomate. I’m looking forward to tasting more and more of Tramuntanart in the coming years.

Tim Brown (aka Timmer on social media) has been involved in marketing for over 20 years and a wine enthusiast since his first exposure to Duck Pond Winery in Newberg, Oregon, back in 1995. After coming to Europe in 2012, he made his home in Catalunya in 2013 and became enchanted with the wines and winemakers of the region. Now he shares his experiences so international visitors can enjoy the region’s wines, while continuing his work in the marketing world. Sommeliering and wine snobbery isn´t his thing, and he continues to learn more about wine from a Catalan perspective on a daily basis.